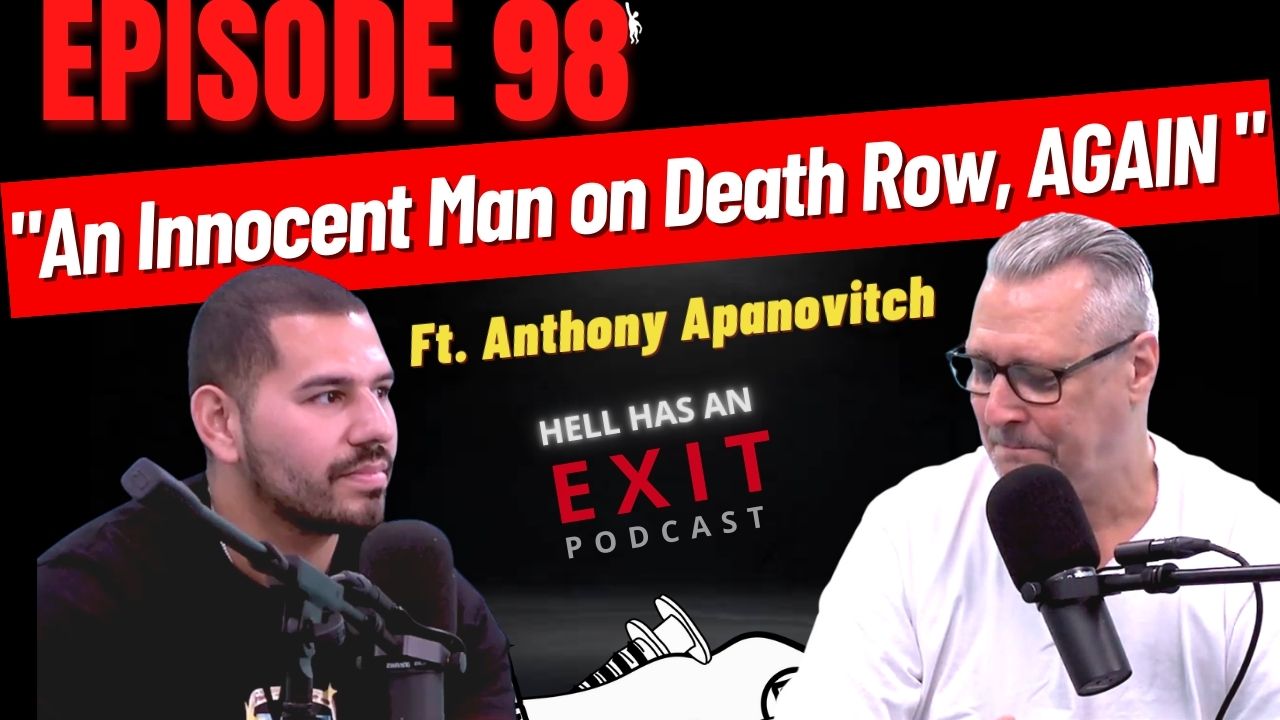 Today on Hell Has an Exit, we have decided to re-release “An Innocent Man on Death Row, Again” ft. Anthony Apanovitch in an attempt to raise as much awareness as possible to Anthony’s case. Every single day that goes by is another day added to the 36 years Anthony has already spent behind bars for a crime he did not commit.

On this Episode - Host Bryan Alzate gets exclusive access to interview Anthony inside the Chillicothe Correctional Institute which holds most of Ohio’s death row inmates.

This is the story of Anthony Apanovitch, a man who stands on death row after being wrongfully convicted for the rape and murder of Mary Ann Flynn. After spending 32 years on Death Row, DNA evidence exonerated Tony and he was released as a free man.

For two years Anthony got to experience the freedom he deserved, he got married to his longtime girlfriend, and became a loving husband and grandfather. For the first time in his life, he felt vindicated.

After eighteen months of freedom with his family, a legal technicality regarding the way that the DNA evidence that freed him was processed resulted in his exoneration being overturned. Tony was then stolen from his family when the U.S. Marshall's came to his house and took him back to death row, where he tragically stands today.

Please help spread the word on Anthony’s case so that this man can be granted justice once and for all.

You can write to the Ohio Parole Board here: (a letter has already been pre-written, but you can choose to write your own)