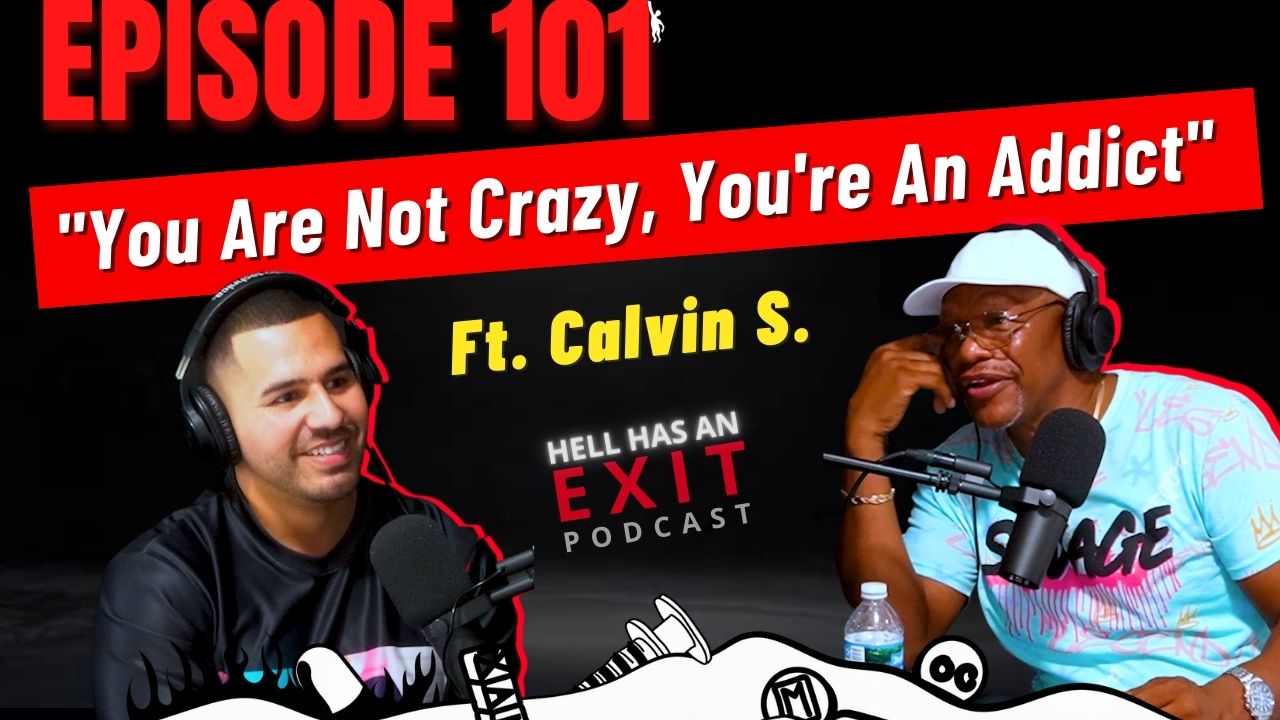 Today on Hell Has an Exit Bryan Invites a very special guest by the name of Calvin S.

Calvin was born in South Carolina and adopted at the age of 2 after his mother was murdered by a serial killer. He lived his life with this pain deeply rooted in his soul and as he put it - he was “going through life with a victim mentality.” For the most part, Calvin was always a functional addict. He had a job, a family and was caught up in a cycle of succeeding a little and then messing it all up. It wasn’t until Calvin was around 31 years old that addiction clung on and sunk its sharp fangs deeply into every part of his life.

While Calvin was using, his 9-year-old daughter wrote him a letter letting him know how he made her feel after he didn’t show up for Christmas. At first the letter pushed him further into the darkness but in the end when he had absolutely nothing left but this letter in his wallet, Calvin hung on to every word for dear life. It was that letter that helped him get clean.

Calvin's story is truly one of commitment and the real-life example of how a 12-step program can save and change lives. Calvin has 21 years of sobriety. Today he is married and happily gives himself to the program. Through his recovery he has taken over 20 sponsee’s through the 12 steps, has rekindled his relationship with his children, and together with his wife fosters children who need love and care until their families are able to take them back. Don’t miss this uplifting and inspirational episode of Hell Has an Exit with a true champion of the 12-step program Calvin S.